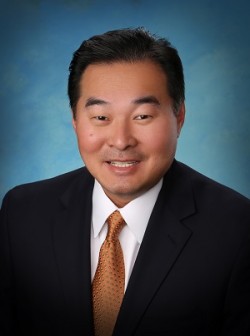 David Kim, Managing Partner of Wright Kim Douglas, is an experienced litigator with an extensive business and real estate background, and handles exclusively probate and trust matters, both litigated and non-litigated.

Prior to practicing law, Mr. Kim's background and experience was mainly in real estate finance, working for Comerica Bank, California Federal Bank, and the Irvine Company.  He has been an active licensed broker for more than 30 years and has transacted numerous investment properties throughout California.

During his tenure at the District Attorney’s office and CSS, Mr. Kim honed his trial skills by conducting numerous preliminary hearings, bench and jury trials.  Mr. Kim is comfortable in a courtroom and is an experienced passionate trial advocate.  During Mr. Kim's last three years at Los Angeles County, he was the Risk Manager at the OAAC and DHR responsible for overseeing all aspects of Title VII (Federal) and FEHA (State) litigation involving a workforce of over 100,000 government employees within 37 County departments.  Mr. Kim was directly responsible for assessing numerous high risk claims against the County, working with the Board of Supervisors to reduce the County’s potential exposure.  Mr. Kim is experienced in assessing the strengths and weaknesses of claims, determining which ones should be settled and which claims should instead go to trial.

Mr. Kim serves on several Boards.  He is the Former President and on the Executive Committee at the National Advocates Top 100 Lawyers. Mr. Kim serves on the Board at Glendale Memorial Hospital, Dignity Health and YMCA of the Foothills as Board Chairman. 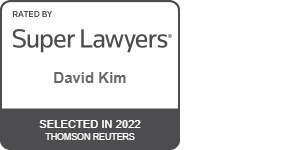 Mr. Kim received his Bachelor of Science from the University of Southern California, with an emphasis in Real Property and Development Finance and his Juris Doctorate from Western State University.  During law school, he received the American Jurisprudence Bancroft-Whitney Award for being top in his class for Legal Research and Writing.  Mr. Kim was also within the top 5% of his class for both Trial and Advanced Trial Practice.

Mr. Kim is admitted and certified to practice before all courts in the State of California, the United States Federal District Court for the Central District, Washington D.C.,and United States Tax Court.

Speaking Events: Mr. Kim also gives speeches on probate topics. Some of his recent and upcoming speeches are:
A- A A+